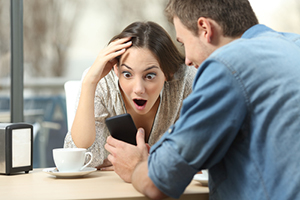 Millennial buyers are more diverse and mobile than their predecessors, and expect real estate professionals to be totally tech-savvy, right? According to certain data points from the National Association of REALTORS®’ 2018 Home Buyer and Seller Generational Trends Report, that may not be universally true.

The report, which is based on a survey NAR mailed out to a random, though geographically weighted, sample of 145,800 recent home buyers last year, was released Wednesday. The respondents had to have purchased a home between July 2016 and June 2017, and provided information about their experiences during that 12-month period. Learn more about the survey here.

The study confirms trends that have been developing over the past few years, such as low inventory, rising prices, and the long-awaited entrance of millennials into the housing market.

“REALTORS® throughout the country have noticed both the notable upturn in buyer interest from young adults over the past year and the mounting frustration once they begin actively searching for a home to buy,” says NAR Chief Economist Lawrence Yun. “Prices keep rising for the limited number of listings on the market they can afford, which is creating stark competition, speedy price growth, and the need to save more in order to buy.”

However, the report also turned up a few unexpected data points. Here are five tidbits from the report that might surprise you.

Millennials’ first steps aren’t what you’d imagine. The stereotype that younger buyers are more likely than their older counterparts to head straight to the internet to initiate the home buying journey isn’t necessarily borne out in the data. While 40 percent of buyers aged 37 years and younger listed their first step in process as “looked online for properties for sale,” that same metric was 46 percent for ages 38 to 52 and 48 percent for ages 53 to 71. Fifteen percent of millennial buyers said their first move was to call a real estate agent.

Tech expectations may be flipping. While you might be planning on beefing up the tech offerings for your listings or creating your own brokerage app to appeal to millennials, such infrastructure might be more important to older buyers. Of all the age groups the Generational Trends study surveyed, virtual tours were most important to buyers between the age of 53 and 71. Only 43 percent of millennials ranked virtual tours as “very useful” in their home search, making them the least interested of all generations in the study. And older buyers are increasingly relying on mobile; more buyers age 63 to 71 found their agent through a mobile app than any other group. Finally, only 42 percent of millennials ranked technology as a very important skill for an agent to possess, lower than all other age groups.

A holding trend? Following years of move-up buyers mostly staying put, it seems those who bought homes between July 2016 and June 2017 are planning to stay even longer. Their expected tenure in homes has increased three full years from last year’s results, to a median of 15 years. Of course, this varies with age: For buyers 37 years and younger, the expected length of time in the home they’ve just bought is only 10 years, compared to 20 years for buyers aged 53 to 62.

Diversity permeates older groups, too: The 38 to 52 age group turned out to be the most racially diverse group of home buyers in 2017, with the most respondents of any group choosing ethnicities other than White/Caucasian. Also, the study found only 4 percent of buyers 37 and younger identified as gay, lesbian, or bisexual, while that number was 5 percent for buyers aged 38 to 62.

Millennials less mobile? The notion that young people are more willing to take a chance and move to a brand-new area doesn’t seem to hold up in the data. Buyers age 63 to 71 actually moved the farthest, typically choosing a new home at a median distance of 30 miles from their previous residence. For buyers age 37 and younger, the median was 10 miles.